The walnut tree has provided food and material used for healing since the Roman times. Its long association with witchcraft once made the tree an object of suspicion and fear. Modern witches, however, hold the tree sacred and use it in folk magic and herbal remedies following in the footsteps of their ancient counterparts.

In much of Europe and Asia, the common walnut, also known as the English walnut, is widely cultivated for its delicious nuts. The most prevalent walnut trees in North America are the white or butternut walnut and the black walnut tree.

Besides being a favorite nut in baking recipes, the walnut itself contains the mineral manganese. Linda Rector Page, N.D., in Healthy Healing: A Guide to Self-Healing for Everyone relates that one of the many benefits of manganese is supporting the brain and nerve centers. It also helps eliminate fatigue and nervous conditions.

The leaves from the tree are gathered in the spring or summer and dried for use in relief of skin conditions. Tea made from the leaves is also used for stomach problems and sore throat.  The green husks of the walnut have natural healing properties as well. They are boiled in water with honey added when cooled and used for sore throats. The husks are also known for being germicidal and antiseptic.

Walnut Trees in Magic and Transitions of Life

The planetary correspondence for the walnut tree is the sun, which makes its element fire. Wands from the tree have this fiery, masculine energy, believed to have magical associations with fertility and high energy.  The tree was also sacred to Astarte, the Semitic goddess of war, sexuality and fertility. The Greeks later came to associate her with Aphrodite who is most commonly known as a goddess of love and beauty.

It once was called the tree of evil since witches in Italy are said to have danced under walnut trees during their rituals. Modern Pagans and witches may not carry on this specific tradition, but its use in magic is still prevalent. Specifically, carrying the nut in the shell is believed to promote fertility of mind and body.

The walnut tree is also helpful in making a transition from one state of affairs to another including major changes in life circumstances. It has the ability to break the link of past unwanted associations. Meditation on the energy of the walnut tree helps to bring clarity and strength to make the needed change. 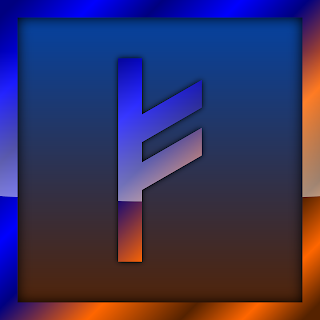 Fehu - Rune of Wealth and Power